don't let the thieving bastards get away with it 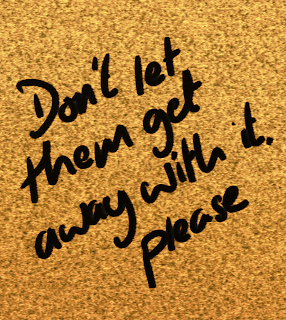 On thursday MPs in the UK are going to vote on whether their expenses should be exempt from the freedom of information act. This amendment to the bill has been snuck in at late notice, many MPs aren't even aware it's there.
According to a recent yougov poll 70% of the british electorate don't trust their elected representatives. No fucking wonder.
So what can you do about it?
You can write to your MP. Email them. Right now. It will take less than 5 minutes.
MP Jo Swinson has tabled an early day motion against this and needs your MPs support, fortunately the good people at mysociety.org have done all the hard work, click on the link here, read the article and then follow the instructions. Be polite, but be firm; they are public servants and not vice versa.
Sorry if this sounds dictatorial but if you want any of these fuckers to be accountable then we have to slap down shit like this whenever it comes up.
Hopefully my next post will be back on topic and bit less angry.

P.S. if you want a hand phrasing your letter just drop me a line.
Posted by blinddrew at 14:44 4 comments: 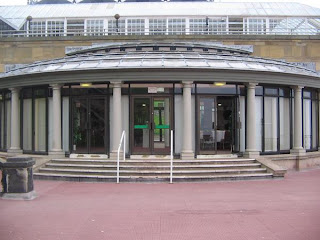 A two-day, FREE, indoor festival down on the Yorkshire coast, organised by the good people at Acoustic Gathering. It’s an all day event for two days from midday - 10:30. Festival starts on saturday with Chris Helme and Carl Woodford headlining and we’re on sunday (about 14:30) along with Edwina Hayes and Jon Gomm. Seriously folks, if you like acoustic music, this is going to be bloody magic!
The venue is The Vitadome-Spa Complex, Scarborough, Y011 2HD (for those of you with satnavs!)
I'll be updating this as i go along with more details.
Posted by blinddrew at 08:43 2 comments:

but enough of logistics

Dr Jones and I will be playing leeds again on the 5th of Feb, down at the verve bar (www.verveleeds.co.uk) on 16 merrion street. Things will kick off at about 9ish. Not sure who else is on that night but last time there were some bloody good acts (and us) so it should be a good night.

So, that's it for now, we are still working on the new album, but i really need to shrug off this bloody cold before i go back into the studio and record the vocals - they're not all supposed to sound like Tom Waits

Stay well all and remember it's .com all the way now!
cheers
Drew
Posted by blinddrew at 14:04 2 comments: 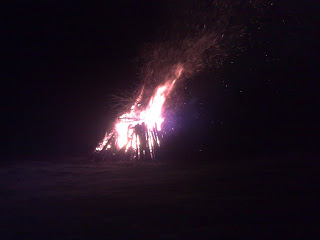 Is what i hope 2009 will be.
Actually that's a bit harsh, 2008 wasn't all shit, just the bits of it i spend at work. The rest was pretty good actually.
So i shouldn't complain.
But i will, because i'm like that...
But anyway, here's hoping 2009 will not the death spiral that all the papers are telling us it's going to be. I still wonder how bad the recession would be if we didn't have all the media stuffing the disaster down our throats all day. Mind you, if we weren't so morbidly fascinated by the spectacle of misfortune they might actually report some good news occasionally.
But i digress...
So i'm finally shaking off my cold, which means two things, firstly our next gig is now booked! Thursday 8th Jan at the Red Lion in Otley. Dr Jones and I will be supporting TWO and bringing a bit of death and depression to the good people of that fine town. Probably kicking off at about 8:30, get yoursen' down lad...
Secondly, having recovered a bit of my voice means back into the studio for some vocals on the new album. Which is always fun!

It is traditional at this time of year to make some predictions as to the forthcoming year, however i've had a look at my predictions from last year and since i only got one and a half right (one right and one rightish in places) i think i will stick with some more modest predictions this year:
Aston Villa will make it into the champions league at the expense of arsenal who will only manage the Uefa cup.
Gloucester will win the Rugby this year (actually win the playoff as well as just getting more points than anyone in the league. Playoffs? What a bloody stupid idea, that's what a cup is for. And whilst we're at it, who came up with the bloody spelling of gloucester anyway? But i digress, again).
One of the big 4 record labels will go bust and Nadal will win wimbledon.
That's it, just the 4 this year, much eaiser to keep track of...
Stay well all
Posted by blinddrew at 12:16 2 comments: