Band on a budget - the recording process part 23

Ok, you might reasonably have thought that the last blog would be the end of the series, and it could have been, but this afternoon I made this:

Posted by blinddrew at 12:41 No comments: 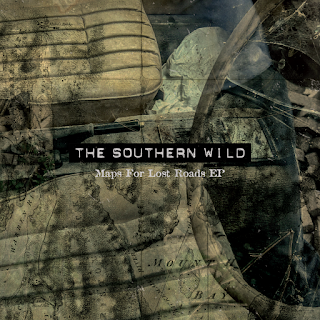 Gigs! Gigs! Get your gigs here!

A number of you have asked about what gigs we've got coming up (no really, literally more than one has asked!), so here's the current plan:
18 August - The Barbican, York. B-Fest, opening the afternoon session. Beer and music, what's not to like? http://www.yorkbarbican.co.uk/whats-on/b-fest-18/
8 September - Norton Indoor Bowling Club, Malton. Malton/Norton Charity Musicfest. Solo set from Drew. Bit of bass work supporting this charity event.
26 September - Can't tell you yet, it's a secret, Central York. Whole band set @6pm. Make it your business to be in town.
TBC - The Mended Drum, Huby. A full evening with The Southern Wild, who could say no? https://www.themendeddrum.com/
2 December - The Winning Post, York. Full band set with Dan Webster. More details nearer the time. http://winningpostyork.co.uk/
Posted by blinddrew at 07:50 No comments:

Posted by blinddrew at 12:31 No comments:

Looking back over my posts it appears I have become so excited by International Hawaiian Shirt Day that I've forgotten to mention that I have a single out.
Doh!
It's called Road Song, and it even has a video:
As well as youtube you can also listen to it on:
Spotify: https://www.youtube.com/watch?v=3zOcXAxVZZk
Amazon Music: https://www.amazon.co.uk/dp/B07DNZVQVB/ref=sr_1_2?ie=UTF8&qid=1528918275&sr=8-2&keywords=drew+stephenson+road+song
Apple Music: I don't have itunes so I don't have a link yet, sorry.
And apparently on Deezer as well, but no-one uses that so it's not really important.

But the BEST place to listen to it (and cheapest place to buy it) is on Bandcamp, where you can get an uncompressed download if that's your thing:
https://drewstephenson.bandcamp.com/track/road-song

I'll sort that apple link out in due course.
I would say, "Enjoy" but it's not really that kind of song...
Posted by blinddrew at 12:42 No comments:

Last friday of June is international hawaiian shirt day. It's not complicated, you know what to do...

Posted by blinddrew at 12:12 No comments:

This week I have been mostly...

Working on building a new guitar: 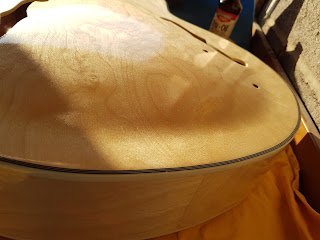 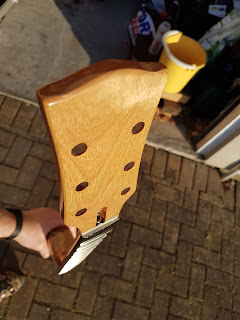 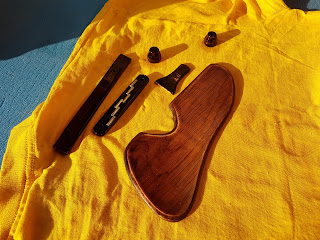 And starting on the next solo EP - this one will be called The Dead Detectives Club: 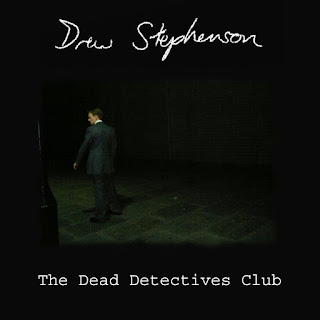 As you can probably guess, this one's going to be a right barrel of frolics...
Posted by blinddrew at 09:13 No comments:

Band on a budget - the recording process part 20

Hello strangers...
A quick note to say that tonight, just 10 months after we started, we have recorded the final guitar parts for the EP.
fanfare.mp3
We laid down the electric guitar parts for Building for the Flood tonight so all that's left to do is edit and mix them in and then we're ready to have a bit of a listening party. We'll listen to all the tracks on a variety of different devices and decide if there's anything missing, anything that can be cut or anything that needs tweaking.
Then we'll agree on what we're going to do about mastering and distribution.
Then we'll get drunk.
Posted by blinddrew at 14:37 No comments:

Band on a budget - the recording process part 19

Ok, this is well overdue. Stuff has happened, like Christmas, and other things, that have delayed progress, but there has been some progress.
Here's an early listen to the third track I've been working on, Northshoremen:
https://soundcloud.com/the-southern-wild/northshoremen-20180121/s-kN8Re
It still needs the lead guitar parts adding and the backing vocals. There may yet be space for some banjo and or mandolin. If these do go in we'll make space for them by cutting bits from the accordion and existing guitar parts.

I've also made a bit of progress with a solo thing I've been working on for a while:
https://soundcloud.com/blinddrew/road-song-20180121/s-GVItz
This isn't the latest version, but it's the last one I've got downloaded.

Today though I went back to the band stuff and had a look at Denmark Street. The bass part is full of glitches and needs completely re-recording, but this should be straightforward. In the meantime I've been fixing all the glitches in the drum track and sorting out the odd timing issue with my guitar part. Sadly the other guitar part is also going to need rerecording. Add it to the list...
On the positive side, this should be a simpler mix as we're going for a much more stripped back vibe on this track - I think.
Posted by blinddrew at 12:47 No comments: