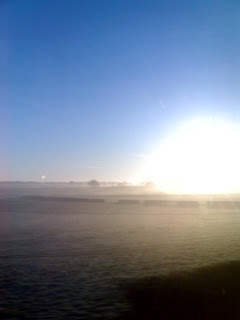 by which i mean the moment of realisation that it's too late. In the words of R. Scott Bakker, "We understand not simply when it is too late but precisely because it is too late."
So what brings this sudden elucidation? I've just realised an omission in the EP artwork, one that really should be there and i'm gutted that i forgot.
So here is is: the opening line of Stressed is from a Rudyard Kipling poem, The Light that Failed, and i have failed to credit this accordingly on the CD.
Arse and embuggerence.
Basically i've been playing the song for so long now that i've stopped mentioning it at live gigs and i subsequently forgot to put it in the sleeve notes.
So let this brief note set the record straight.

On an unrelated note, Hils and I are playing at the open mic night in Verve Bar in Leeds on the 18th, come down if you can.
stay well
Drew
Posted by blinddrew at 04:43